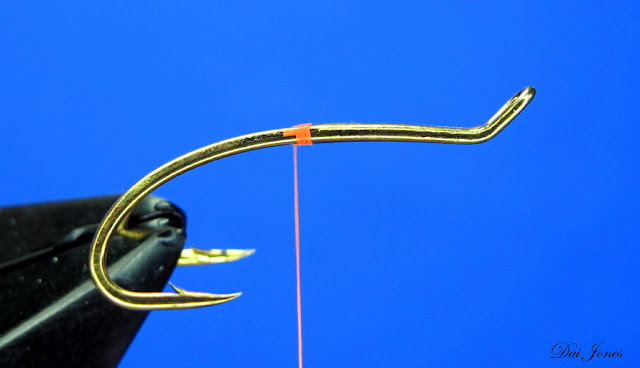 I designed this fly, to give me lots more movement in the water, with the double hackle set up.
The fly is tied on a Deer-Creek gold double hook, place the hook in vise and catch in the thread. i am using Danville 70 denier orange flour thread, 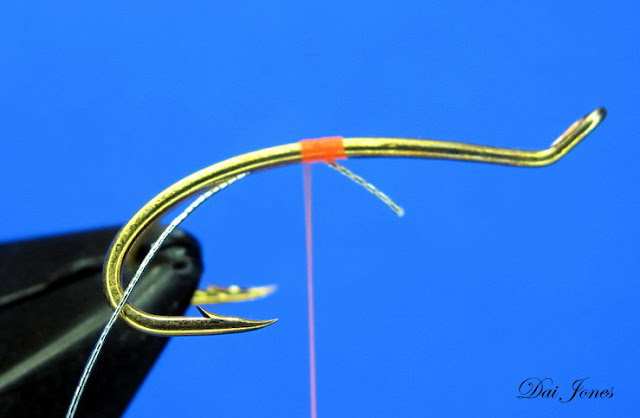 Now tie in the oval tinsel, size small silver for the tag and rib. 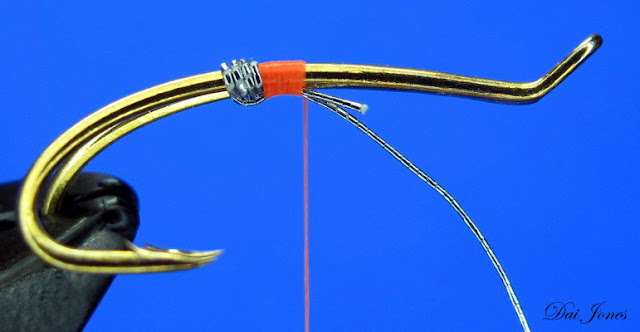 Now i have done three turns of the tag, and pass the end of tinsel between the hooks. and tie off, 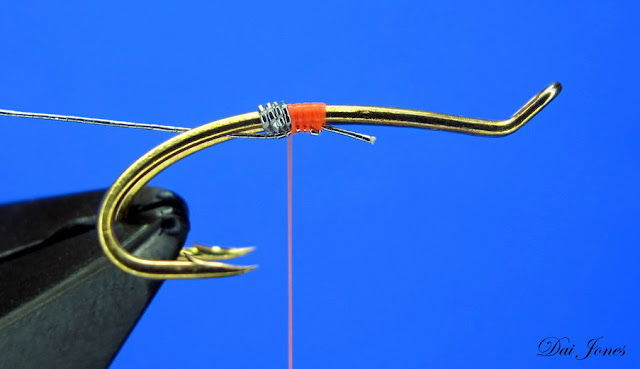 Now pass the tinsel, back down between the hooks underneath. and then tie off, 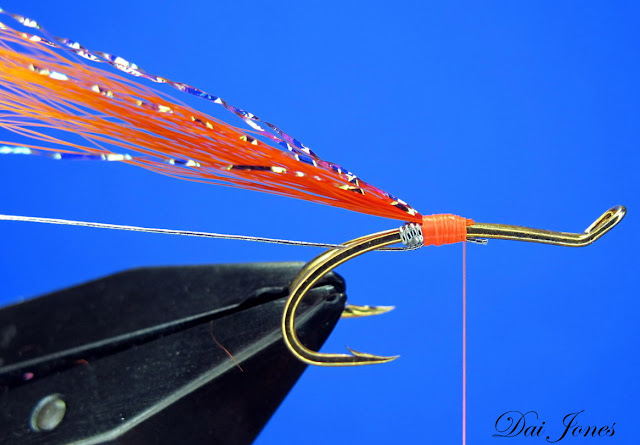 Now i have tied in a tail of dyed orange squirrel, twice the length of the hook. plus orange mirage tinsel. 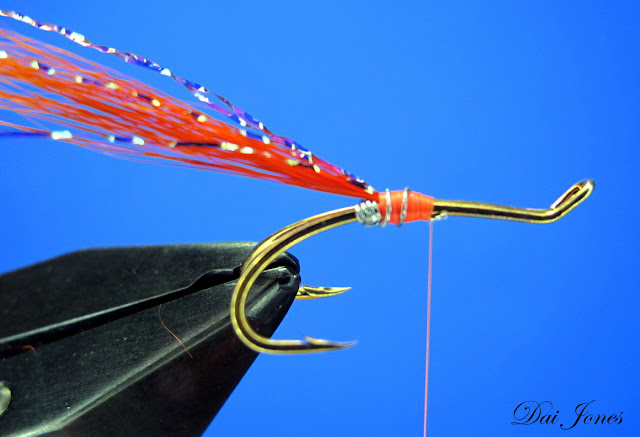 Now we rib the rear body, made with the tying thread. 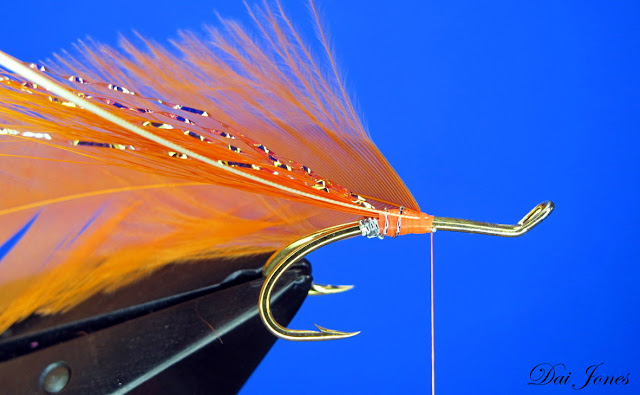 Now i tie in the rear hackle, i use Whiting hen saddle hackle. as i think it gives the fly lots of movement, 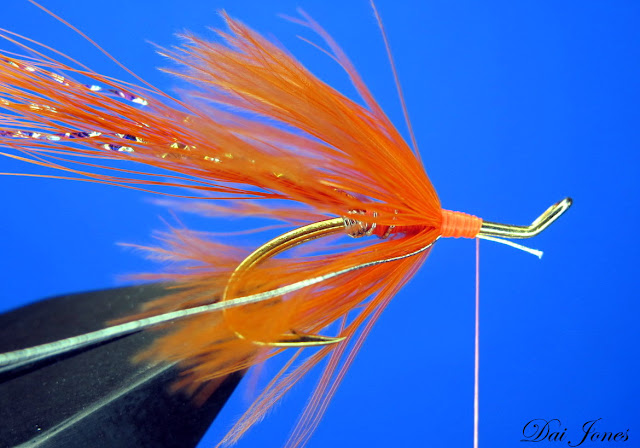 Now clean up the hackle, tie in the rib. and build up the forward body of the fly with the tying thread, 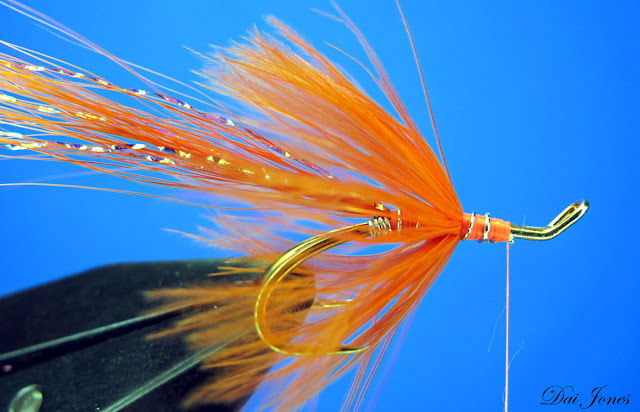 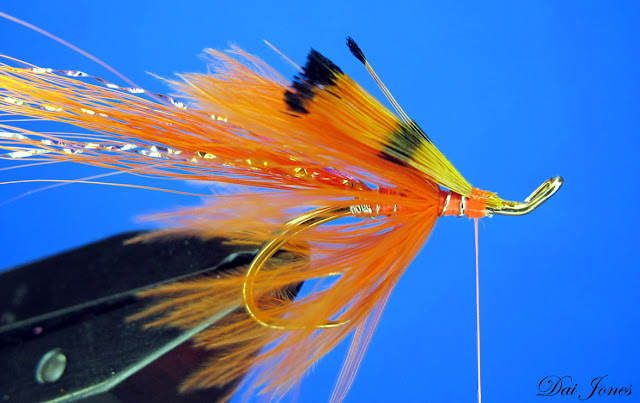 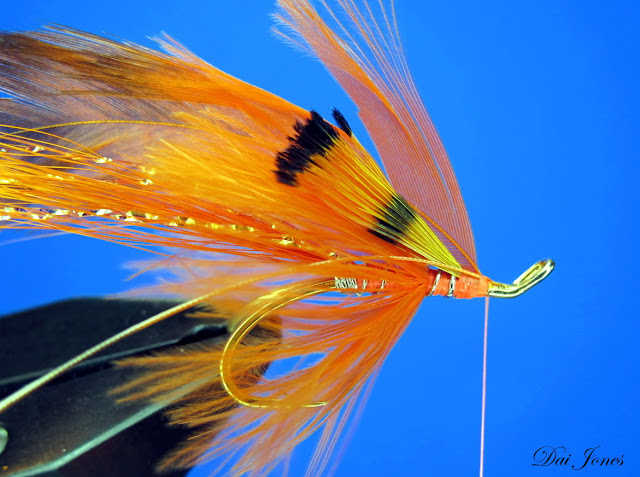 Now tie in the forward hackle, again the hackle is Whiting hen saddle. 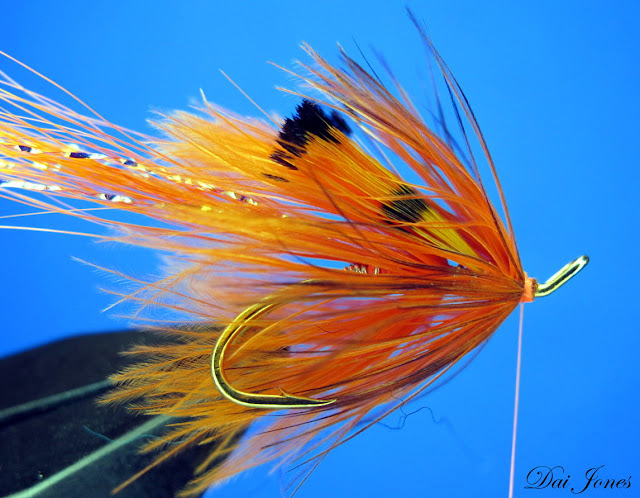 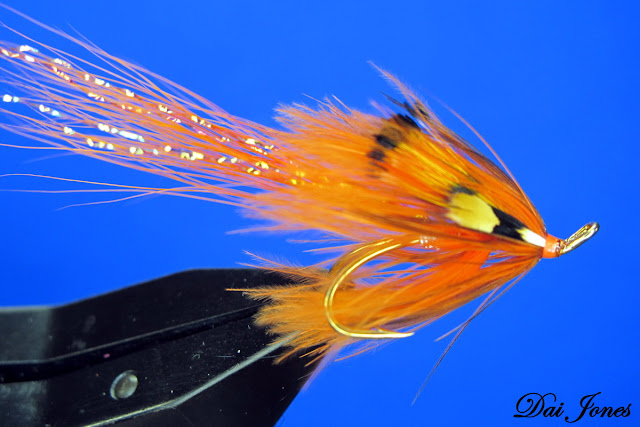 After cleaning up fly, tie in cheeks of Jungle cock. but the fly  fishes well with out JC, 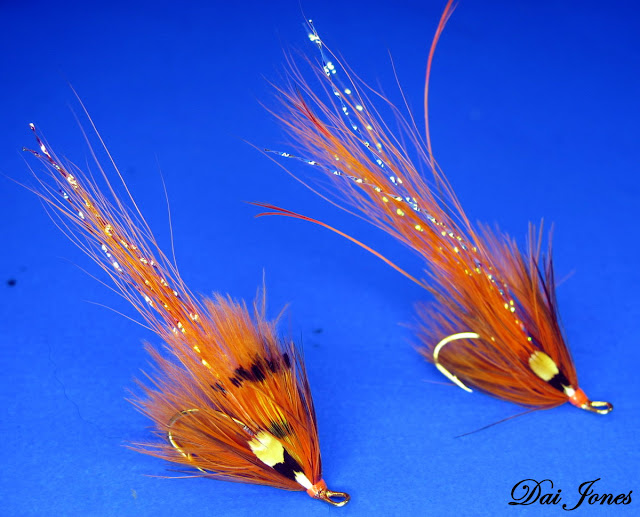 a
And above, the standard fly, plus on the right tied with wild Boers bristle dyed orange.
Posted by daijones at 12:47