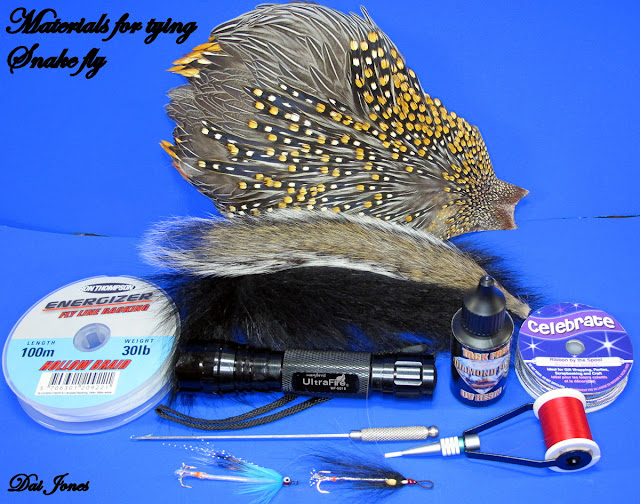 Above the materials for tying snake flies, 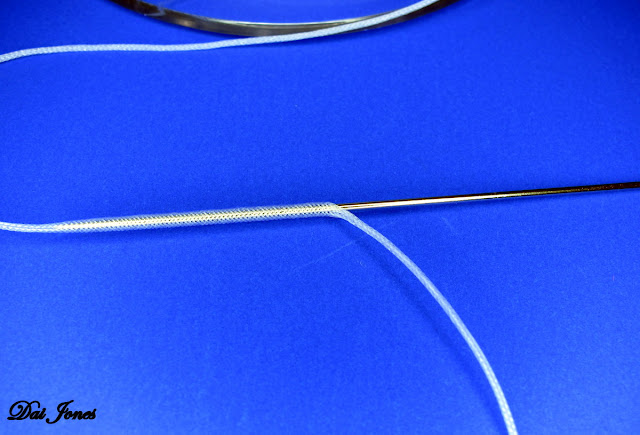 Now take a length of 30lb hollow mono braid, place a needle in the braid. 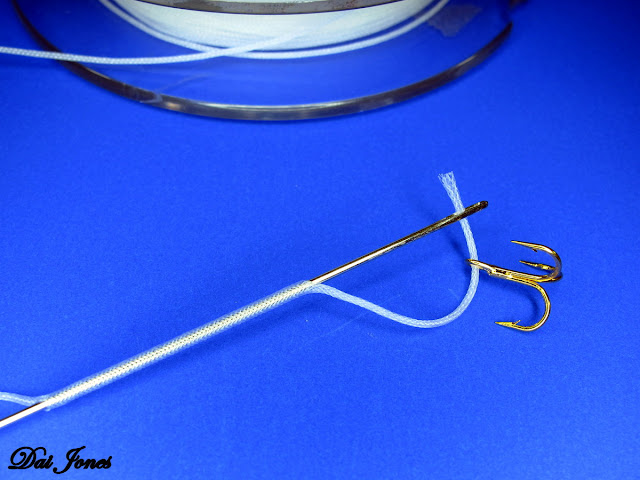 Now place a hook on the end of the braid, and put the end of braid though the eye of needle. 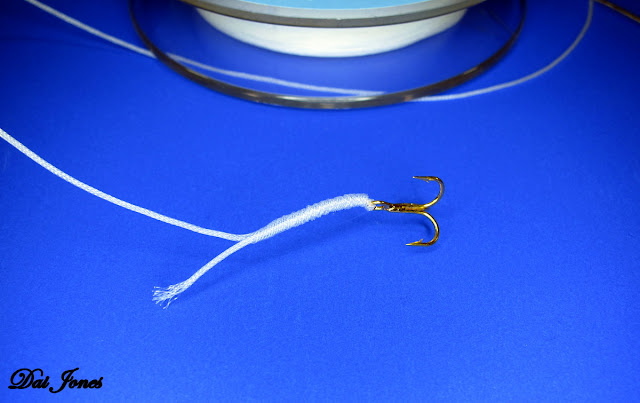 Here i have pulled the braid back though the centre of the braid. 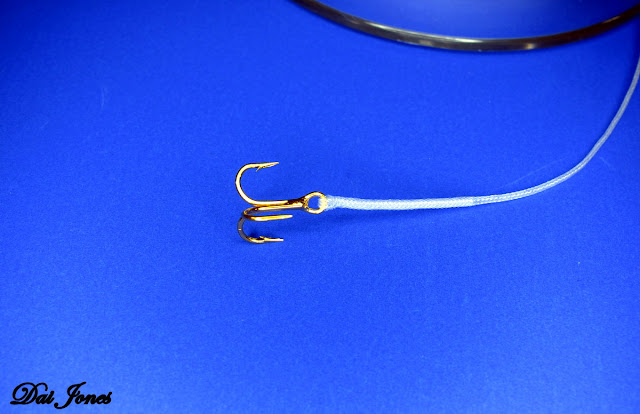 Here showing the braid and hook, after trimming off the unwanted braid end. 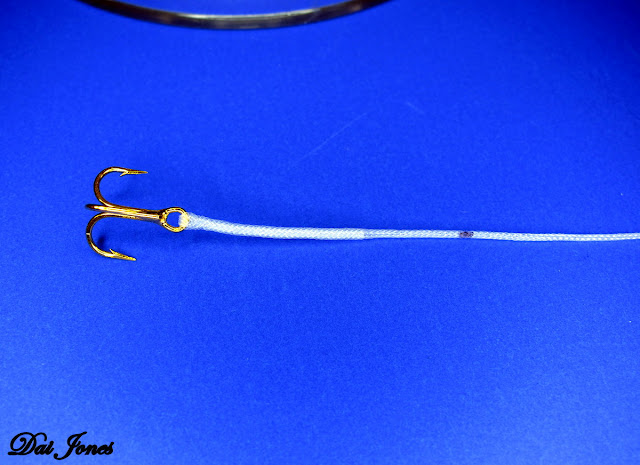 Now i have marked the braid, to the length i want the finished snake fly. 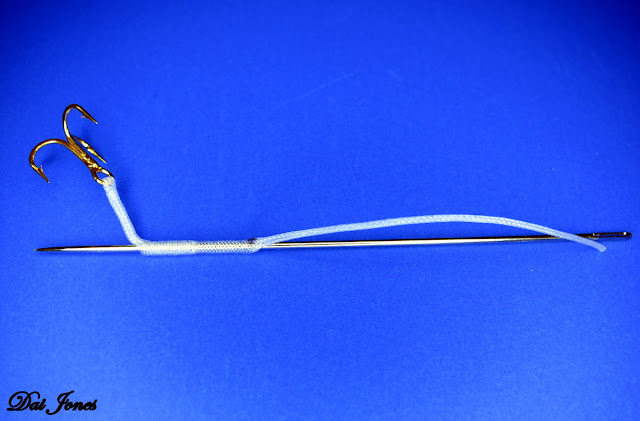 Now i push the same needle back down the braid, and also in to the first tick of braid. i find it makes the snake base that little bit stiffer, if you don't do this the fly tends to turn back on it's self on the cast. plus having three layers it locks in better, 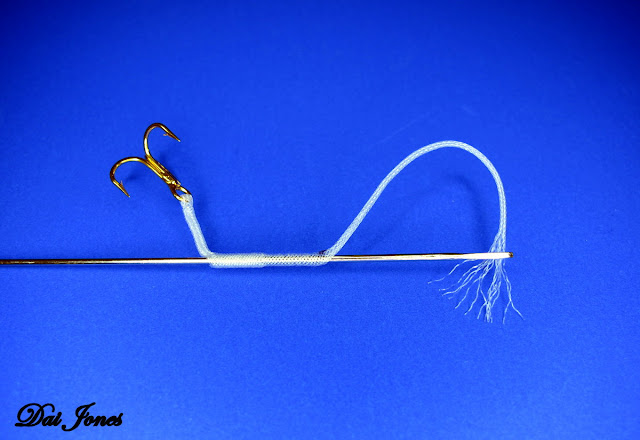 Now it's ready to pull the eye back in to braid, 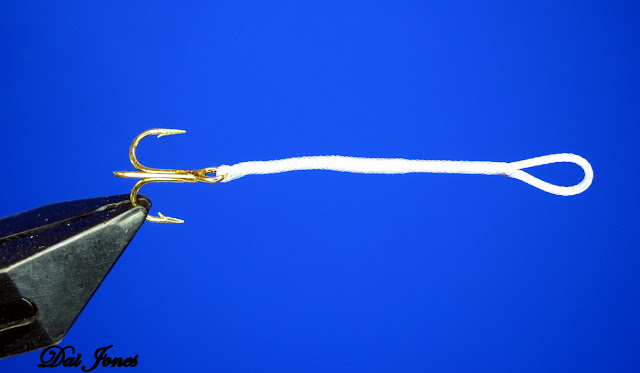 Here above, the finished mount, ready to dress. 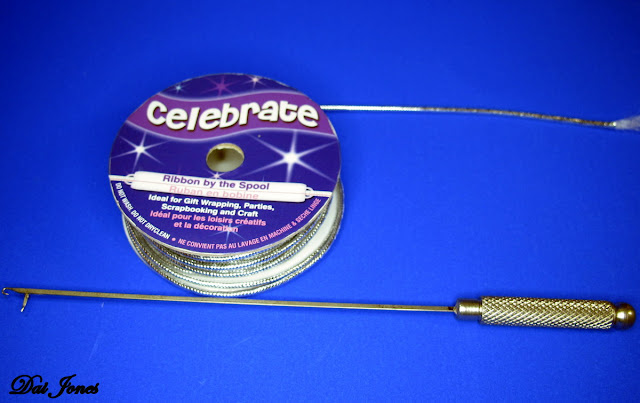 Above the mylar tubing  i use, i get it from the hobby shops. plus the tool in use to thread the mylar on to mount, it's called a stringer needle. use in carp fishing for threading on boille baits, 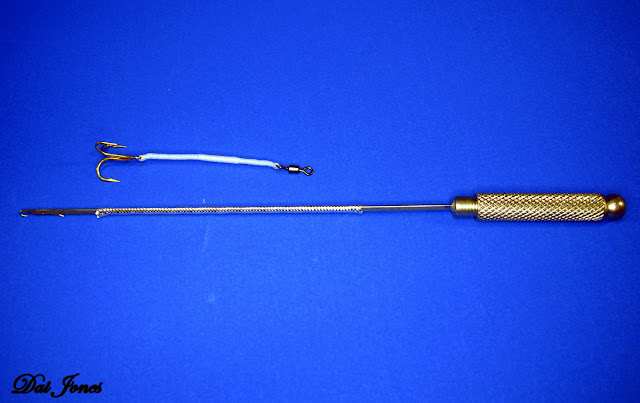 And above, a mount using a size 14 swivel. some people like using a swivel, 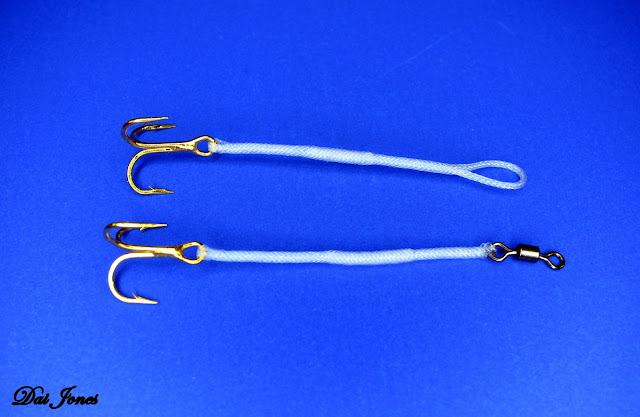 The two mount together, 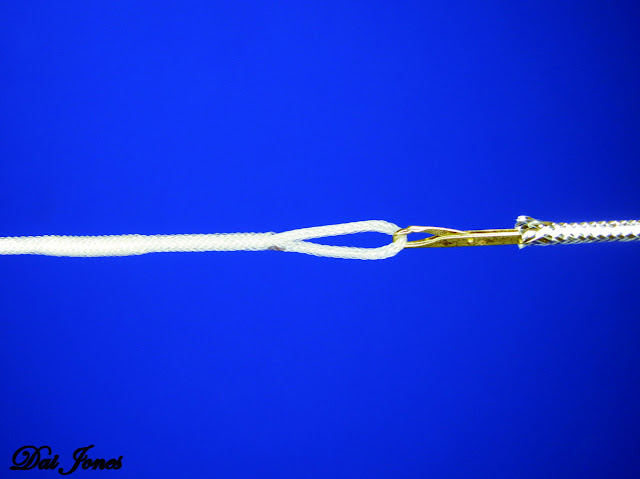 Here you can see the mylar tubing, on the stringer needle and ready to push on to the braid mount. 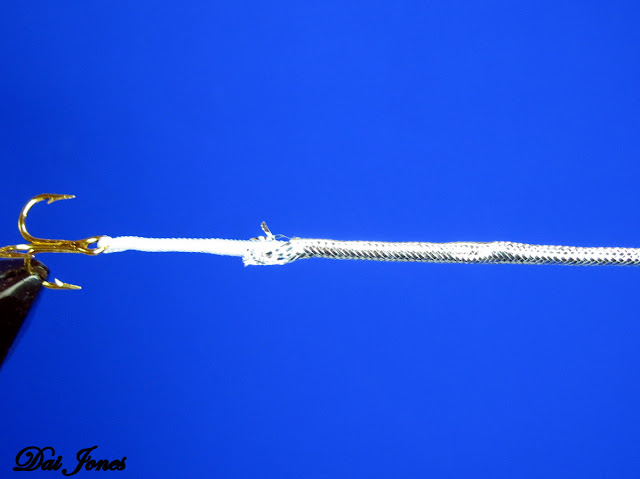 Here the braid half on, 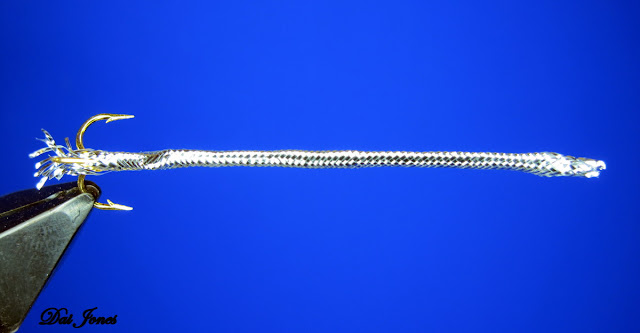 Here mylar tubing pushed all the way on the mount, 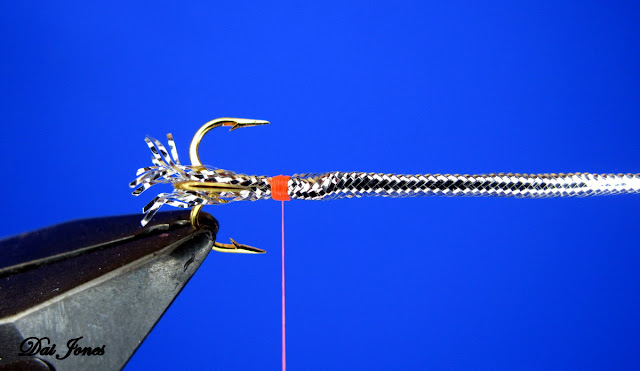 Now i use some danville neon orange thread, to hold mylar in place. and act as a hot spot, 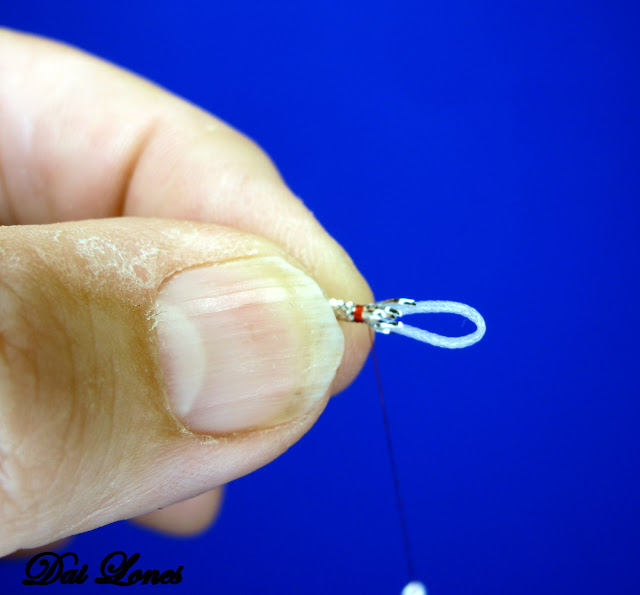 Now catch in the head thread, and trim off the myler. 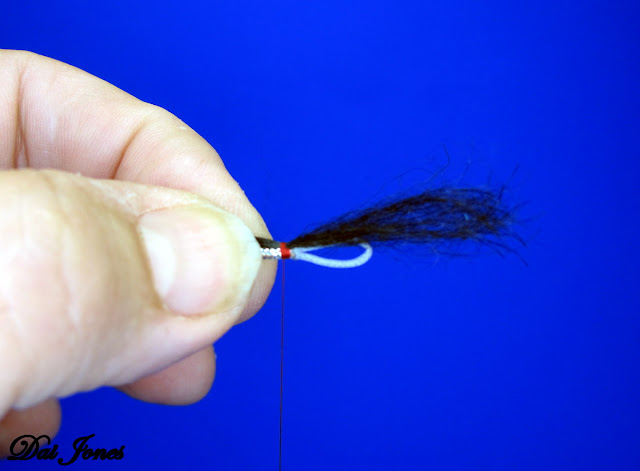 Now tie in the main wing, here i am using marble fox black. a nice long and mobile hair, 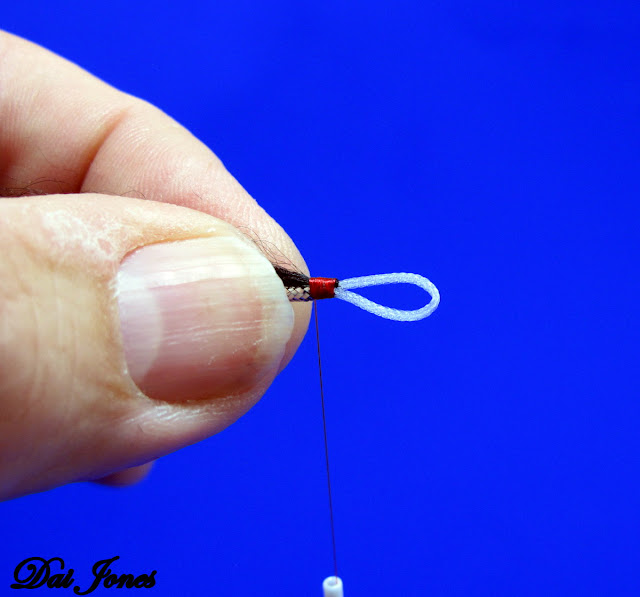 Trim off the unwanted hair, 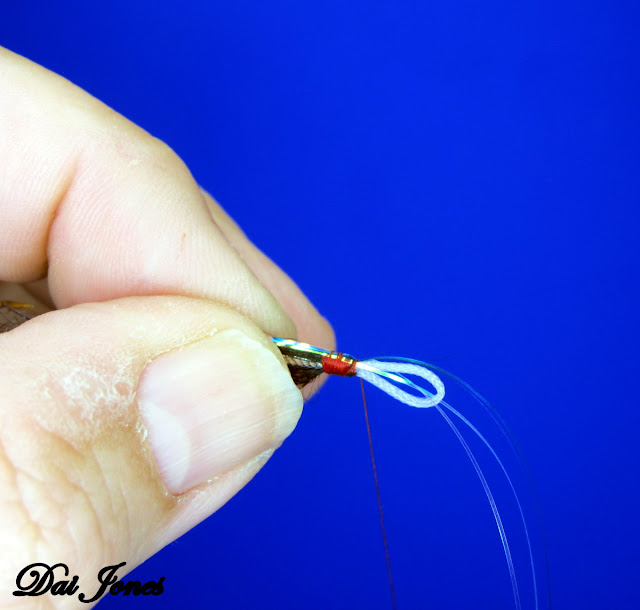 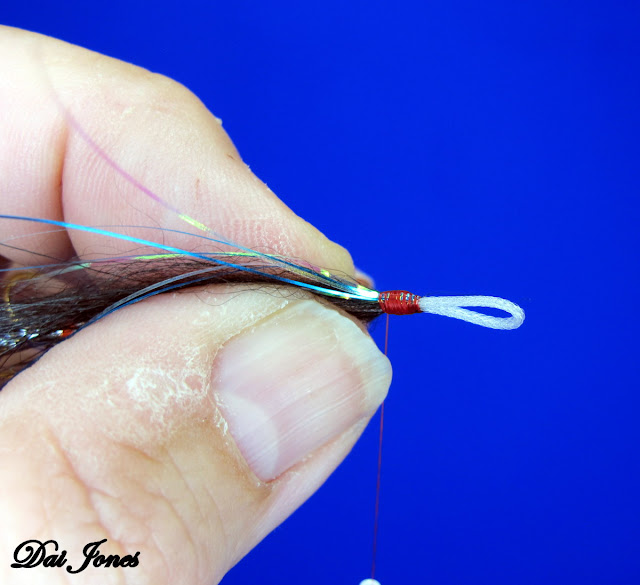 Now i tie in the flash over main wing, here i have used fine pearl mylar. 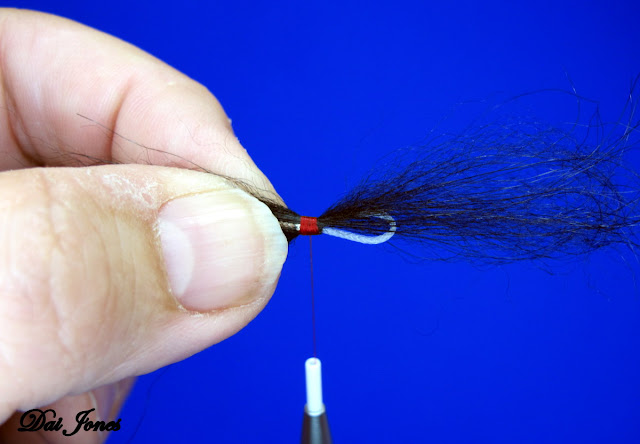 Now i tie in the throat, again i have used marble fox again. 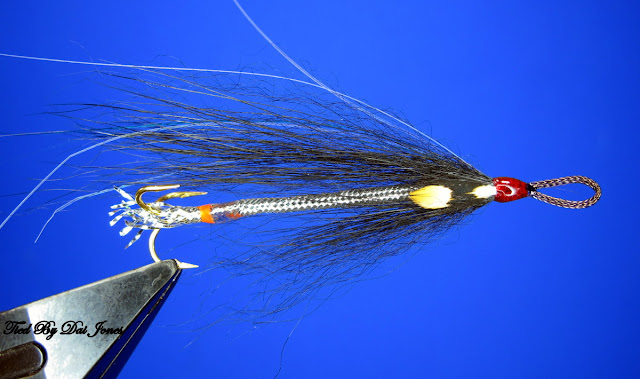 Here we have the finished snake fly, 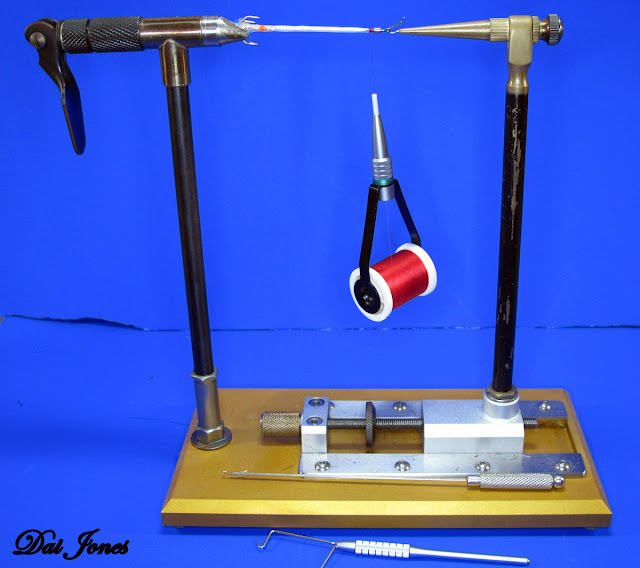 Here i am using a snake vise, to tie the snake with the swivel on the head of fly. this vise i had made for myself. 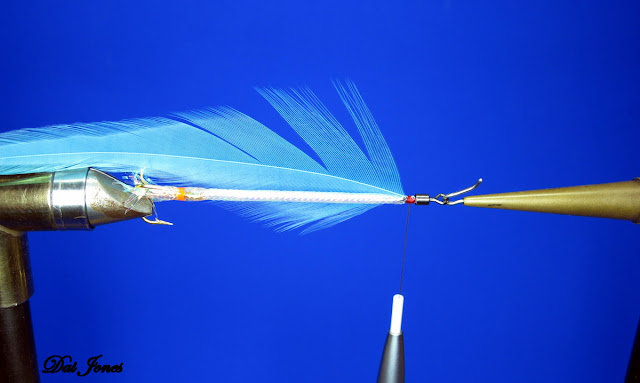 Now i tie in the hackle, color silver doctor blue. 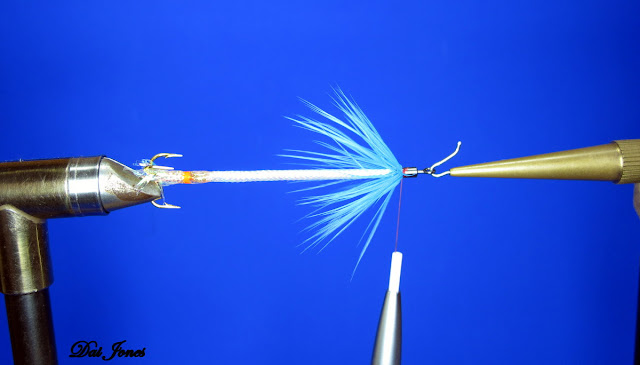 Above i have wound on the throat hackle. 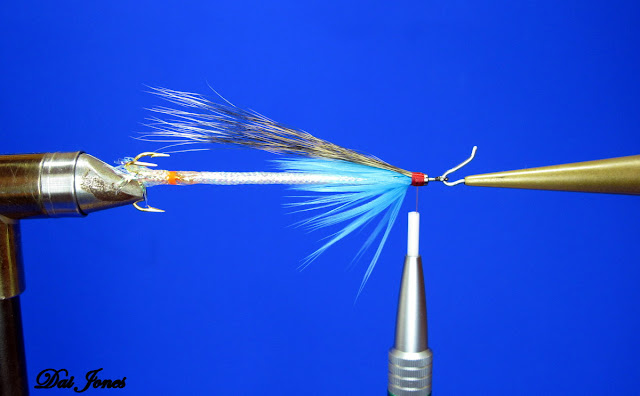 Now i tie in a main wing of squirrel (natural), 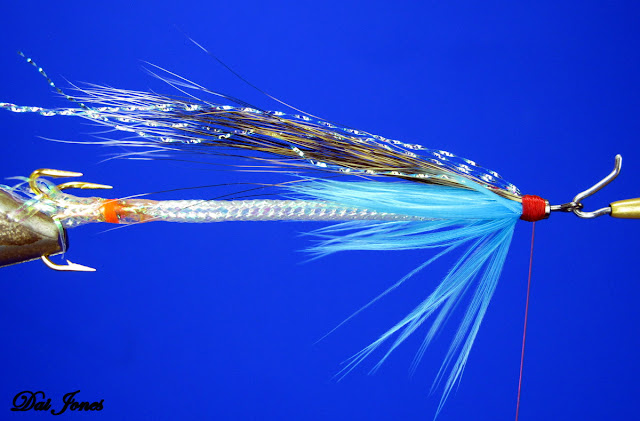 Now tie in some kystal flash, over the wing. 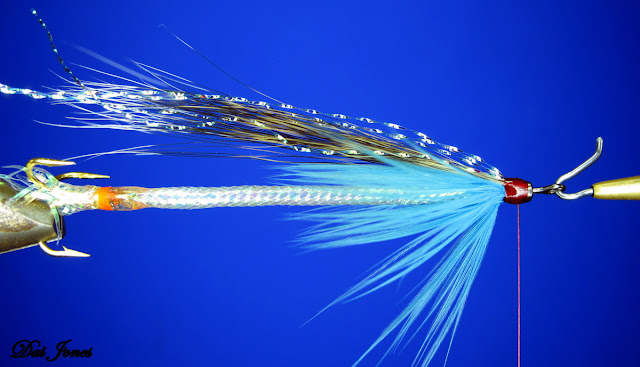 Now i coat the thread with UV resin, i have used Deer-creek resin. the best on the market by far. 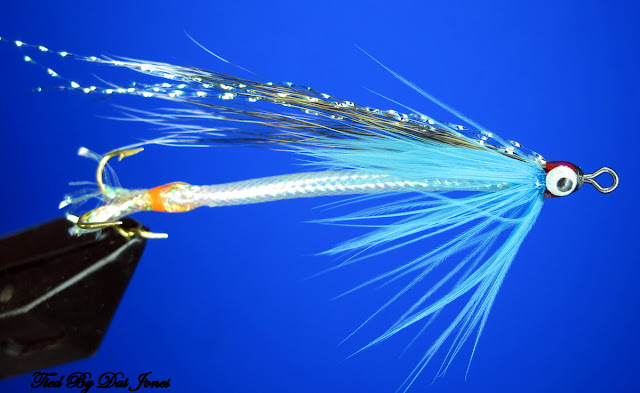 Now i have put on a set of Deer-creek krystal eyes, and then coat with Deer-creek UV resin.

Hope you like the step by step, give it a try it's a great fish catching fly.
Posted by daijones at 01:51