The Akroyd, Step by step. 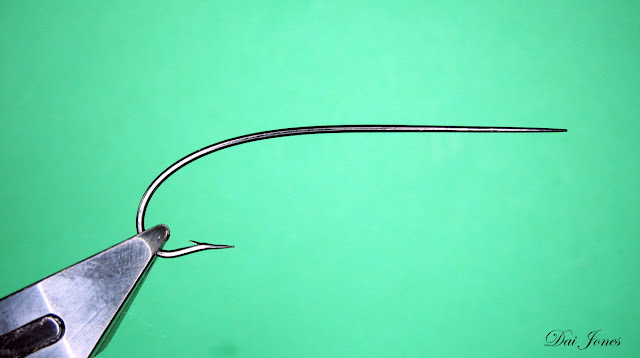 This is a fly i love to tie and fish, its a very old pattern first tie in the 1700s, and its one that is still working well on the rivers, to me it just screams eat me. here i am using a Partridge HE Extra long shank blindeye hook, the DEE patterns look there best on the HE hook. this is a fishing fly, so no need to wrap the hook with plastic to save the jap black of the hook for show or framing. 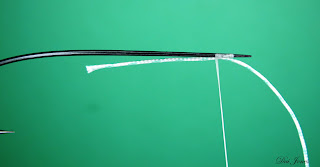 Here i have tied in the dacron, and then below catch in the other side. this does lock in the thread well,

The hooks in the old days did not have eye on them, they did not have the machines. those days to turn out a hook with an eye, ( god i remember those days) so the made the eye for the hook out of gut. here i am using 30lb dacron works well. 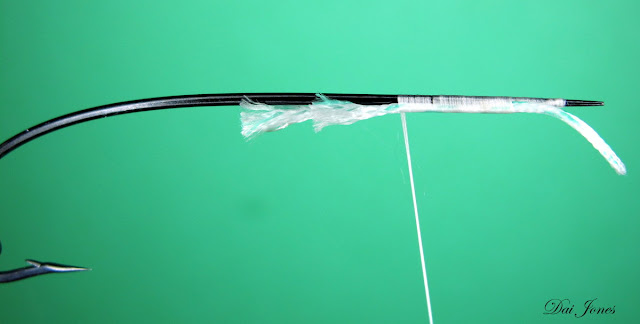 Note that i have opened the braid, so that when you tie it down it tapers down to the hook. 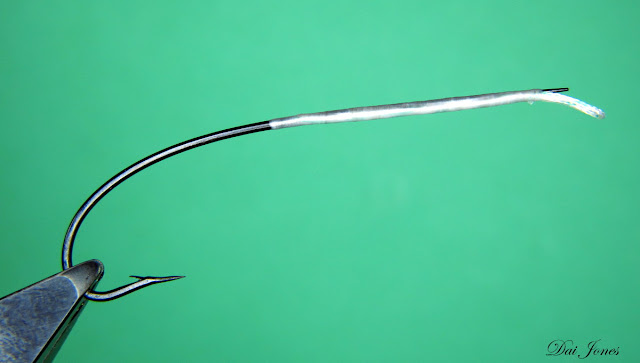 Here you can see the taper, on the finished whipping. thread is Danville 140 denier white. and i coat this with thinned varnish to lock it onto shank of hook,

Now i change the thread to, Danville 70denier white. i use white a lot as you can hind the thread easier. 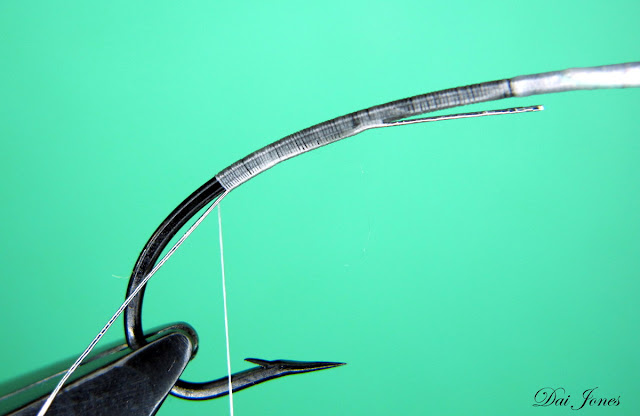 Here i have tied in the tag, it's long one on this pattern. 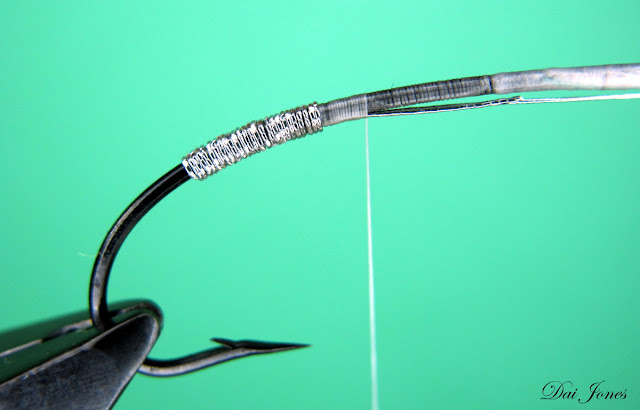 Here you can see tag tied off, 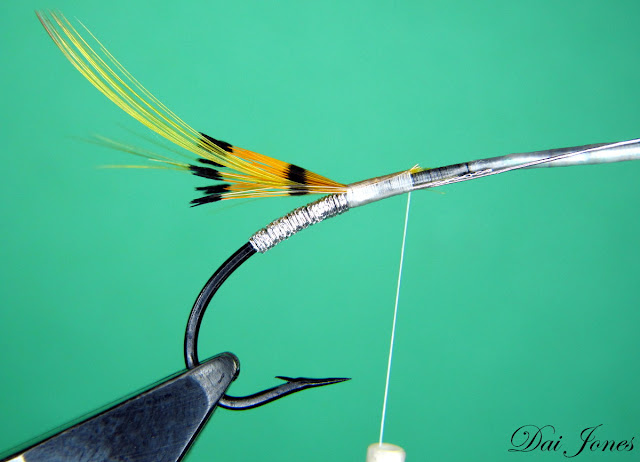 Here i have tied in the tail, of GP Crest and tippet over the Crest. 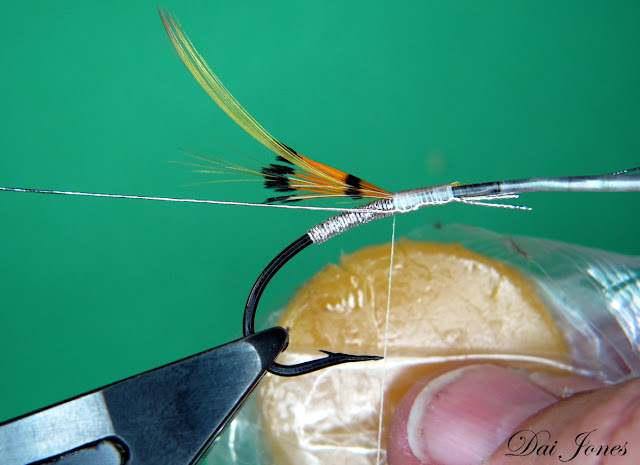 Now here i wax the thread, for the dubbing. and i have tied in the rib of oval silver tinsel. 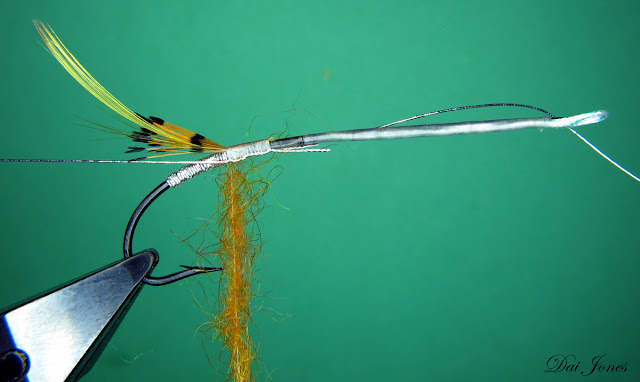 Here i have dubbed on the yellow seals fur for rear body. 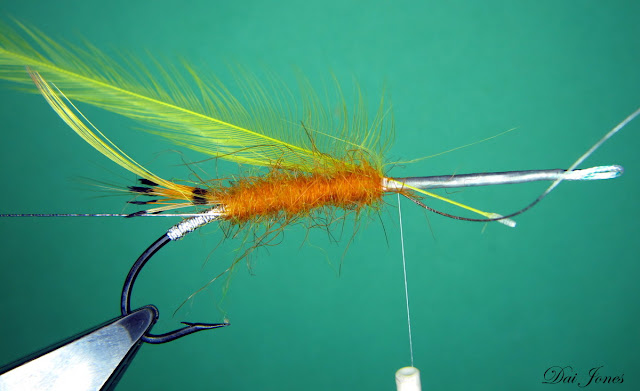 Above i have wound on the dubbing, and tied in the hackle to cover rear body. 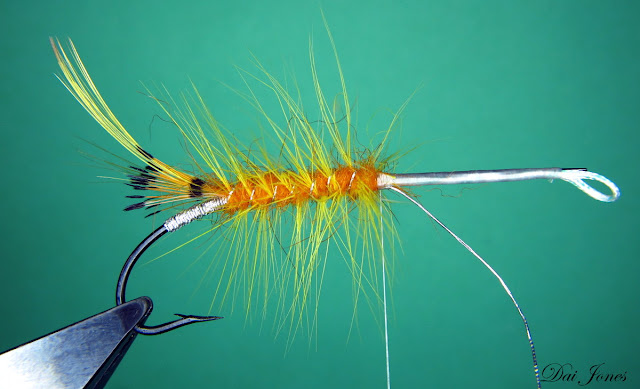 Here i have run the yellow hackle back down the hook, and run back up the hook the oval tinsel to lock over the hackle. 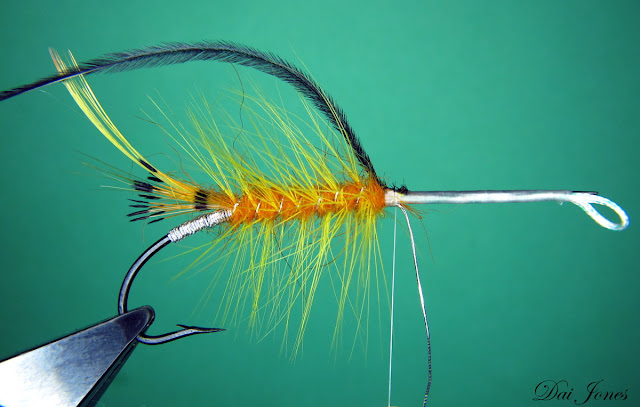 Now we tie in the butt, which is ostrich herl black. 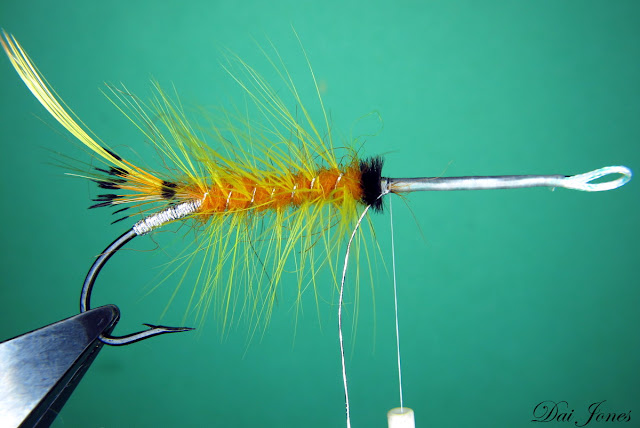 Here i have wound on the herl, and tied off and tied in the rib for forward body. 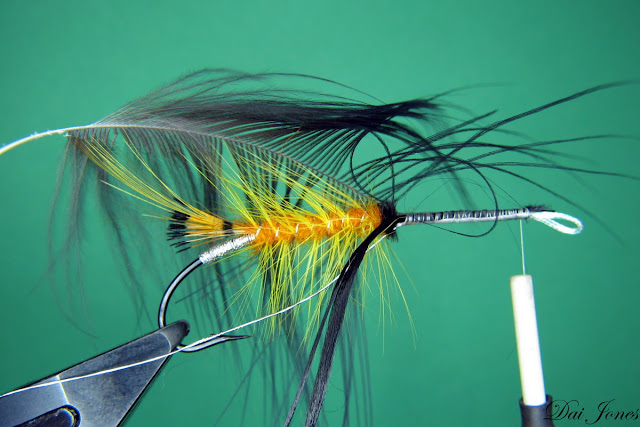 Here i have tied in the spey hackle black, and the floss for the forward body. 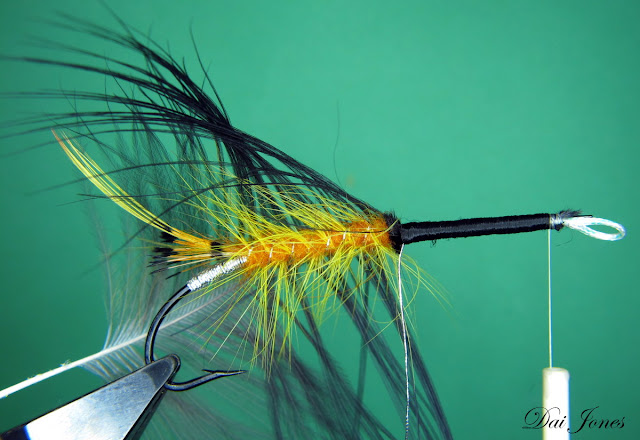 Here i have wrapped the floss and tied off. 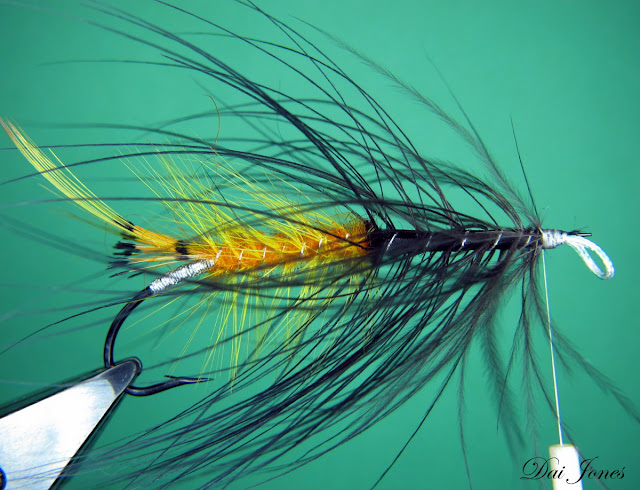 Now i have wound on the spey hackle, and locked in place with the oval tinsel. 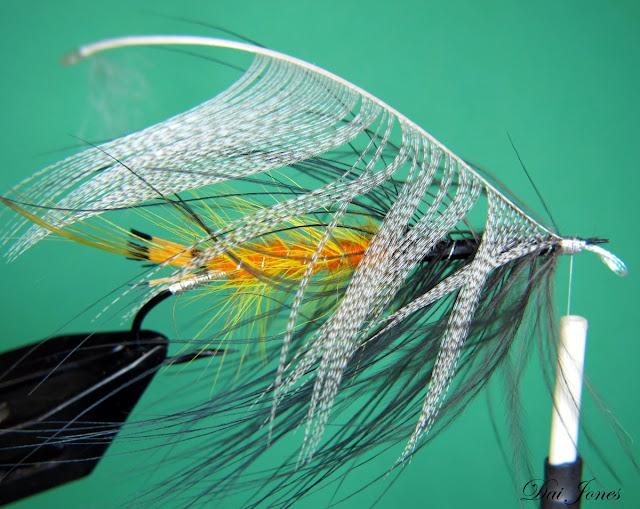 Now it's time to tie in the collar, here i am using Mallard flack natural. 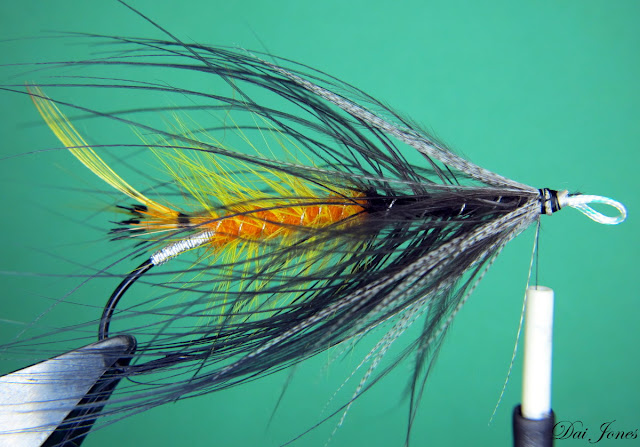 Here the collar is wound, on and tied off. 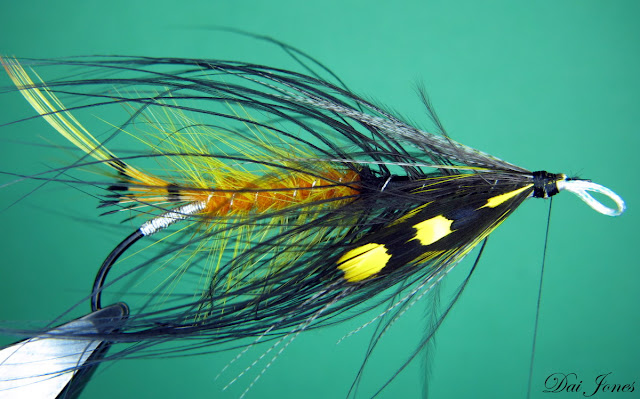 Now we tie in the cheeks, Extra long jungle cock. and tied in underneath, 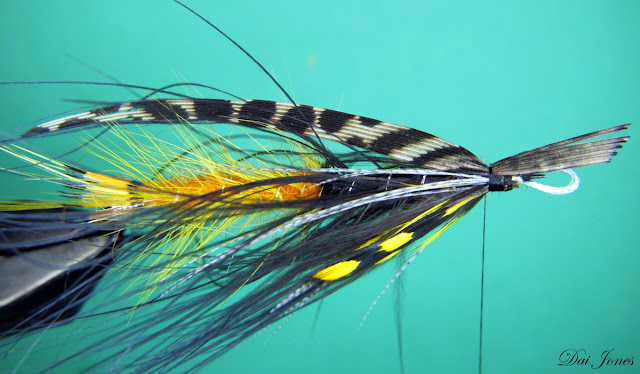 Now it's time to tie in the wing, first i have tied in the far side. 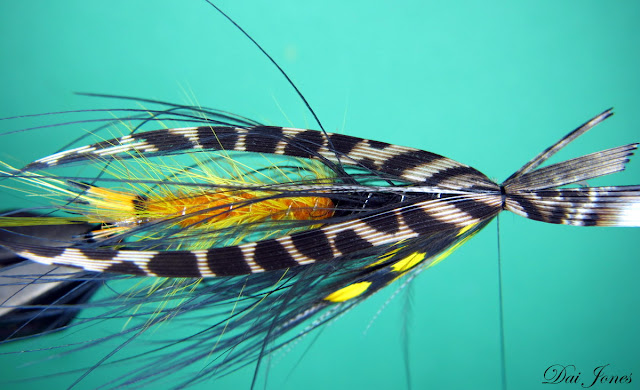 Now i tie in the near side, 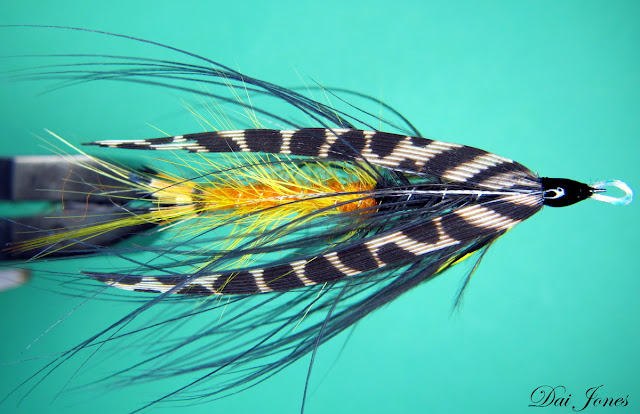 And above the top view of the Akroyd, for the wing i have used Argus. 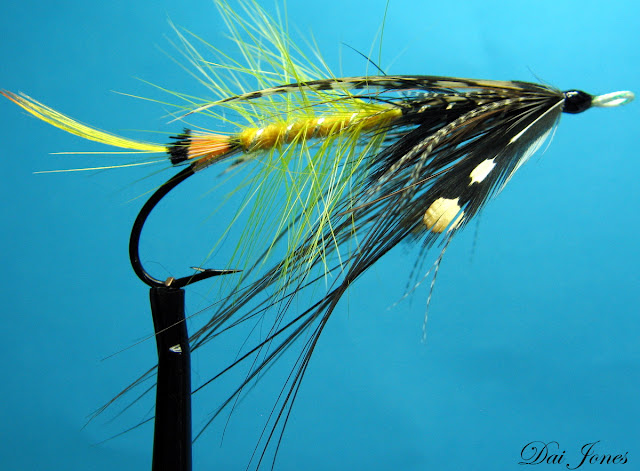 And full view of finished fly, 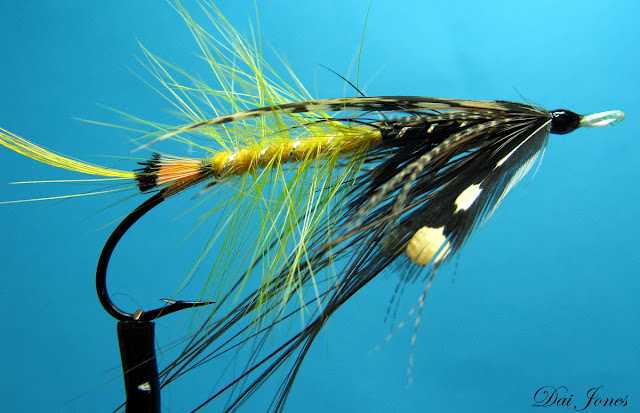 And a close up of fly.note how low the wing is laying, 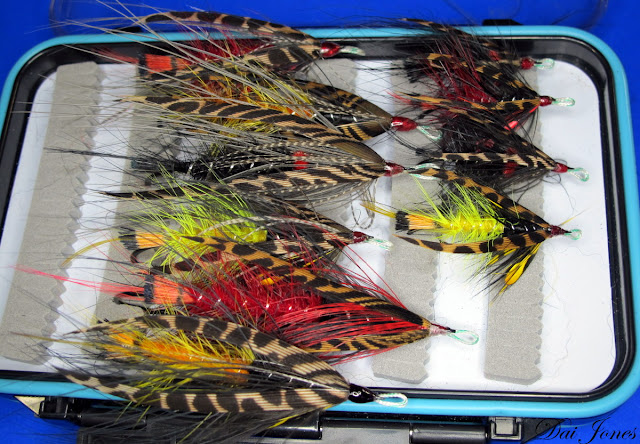