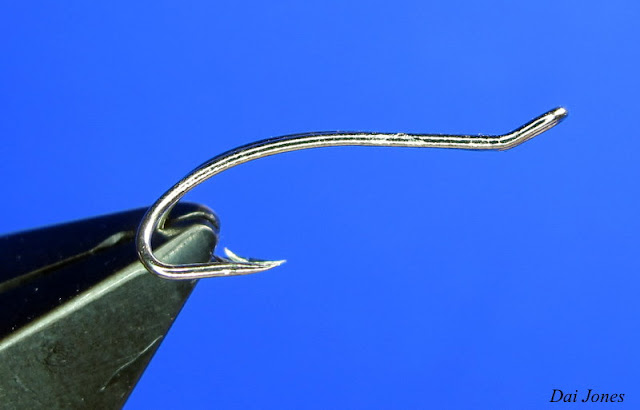 I fish shrimp flies a lot, and these are a few patterns i put together a number of years back. and have fished well, for sewin/ salmon/ trout/ bass and flounders. the hook is placed in the vise, and i am using a Deercreek double size 6 silver. 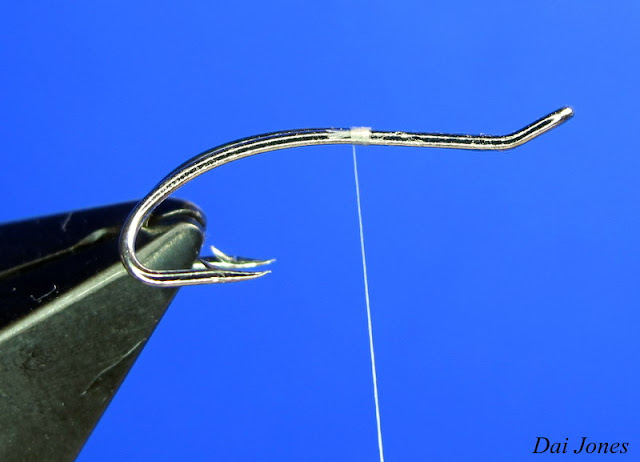 Now catch in the thread, i am using Danville 70 denier white. 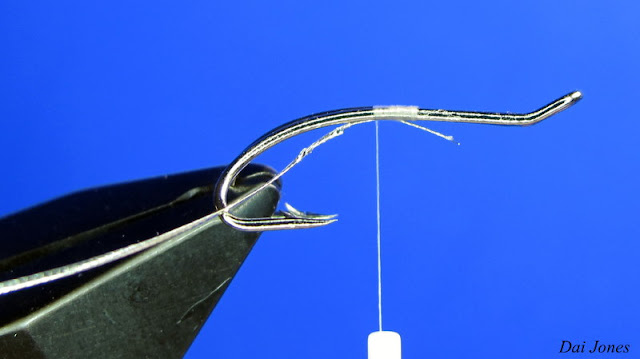 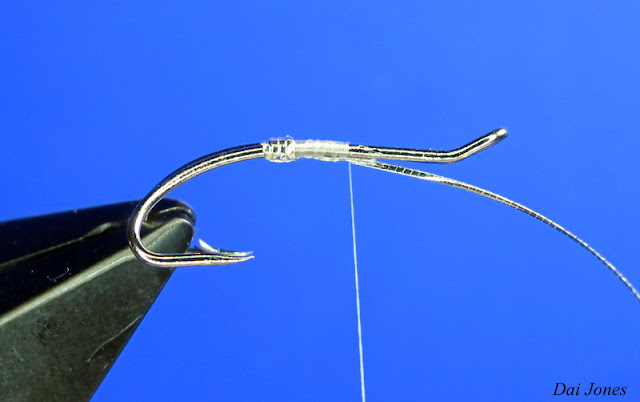 Now i have wound on the tag, and tied off. 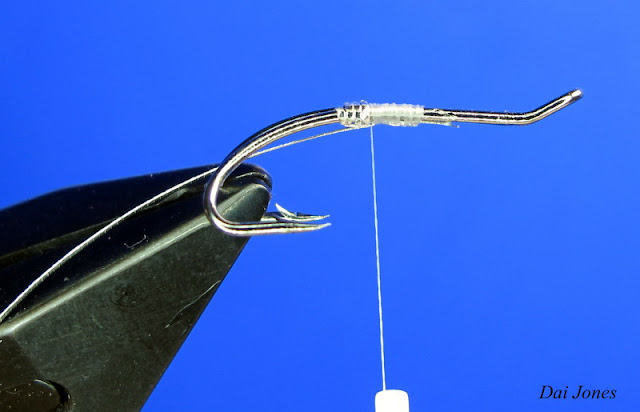 Now above, you can see i have brought the tinsel back down shank of hook. an tied off with the tinsel ready for the rib,

Now it time to tie in two wild boar bristles  crossed on top of hook shank. 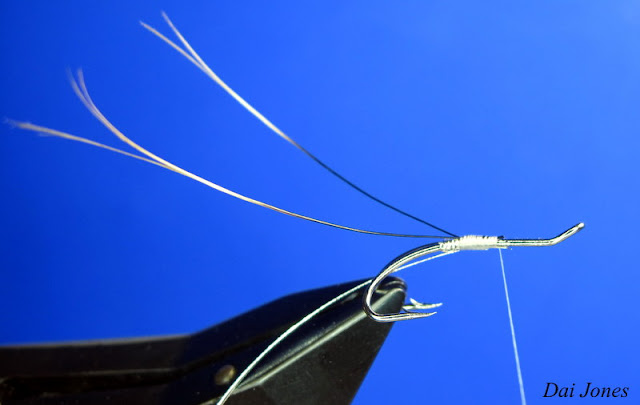 Now i have trimmed off, the unwanted forward part of the bristles.

Now i tie in two more bristles down in between the first two. 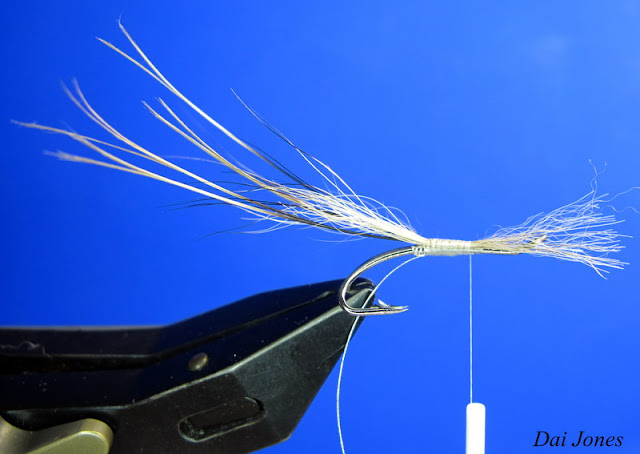 Now over the bristles, i tie in some natural racoon off the tail. this is a nice crystal type hair, very much like polar bear hair. 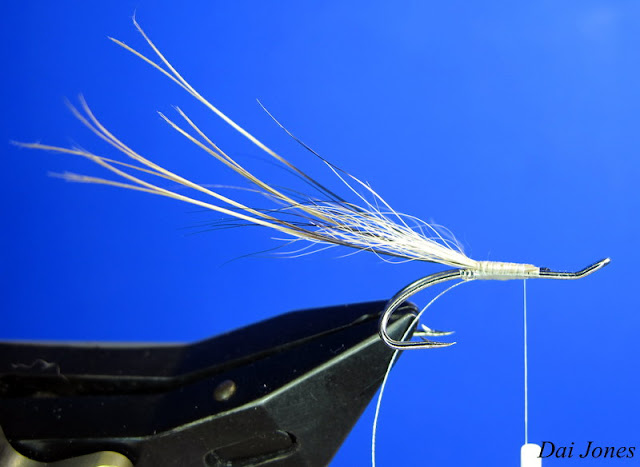 Now i have trimmed off unwanted hair. 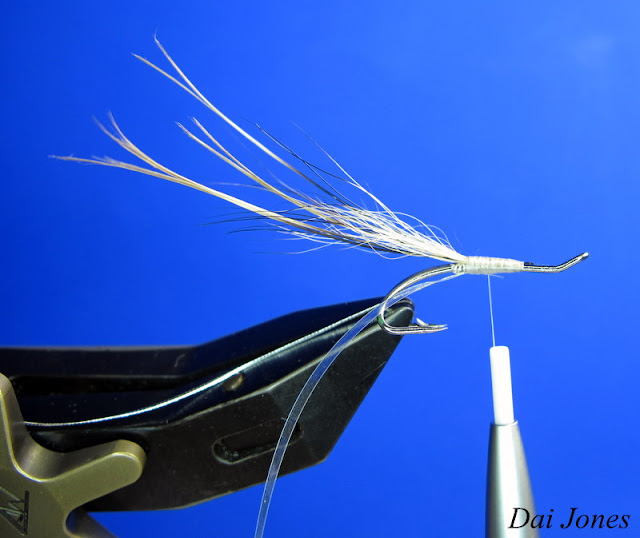 Now i tie in pearl tinsel, for the body. 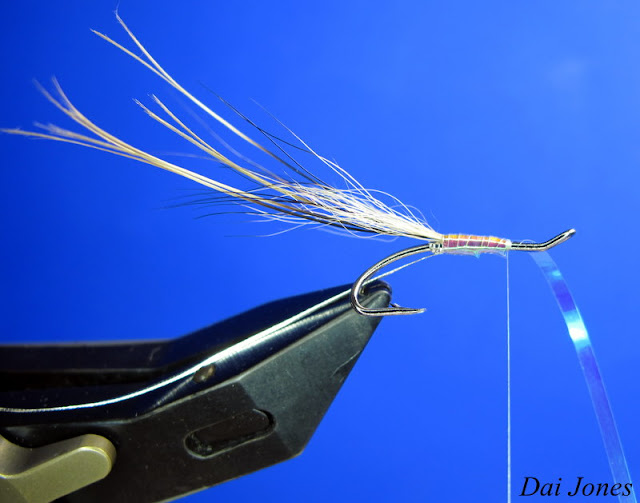 Above i have wound on the tinsel. 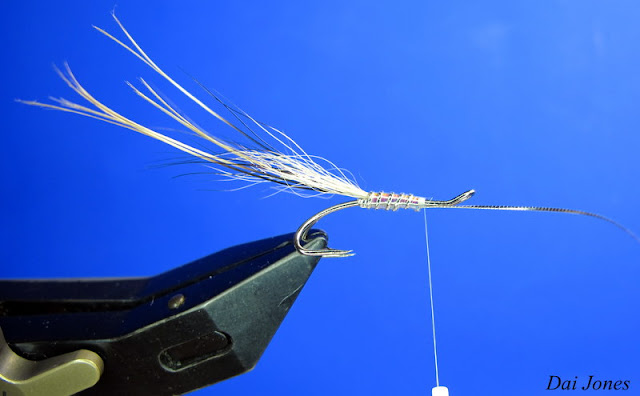 Now i have wound oval tinsel, over the pearl tinsel. 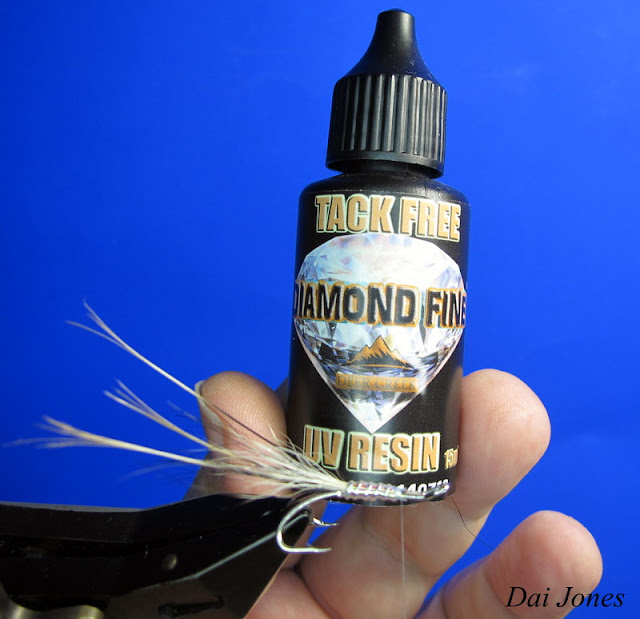 You can leave the body as it is, but i like to coat the body with Deercreek UV resin. 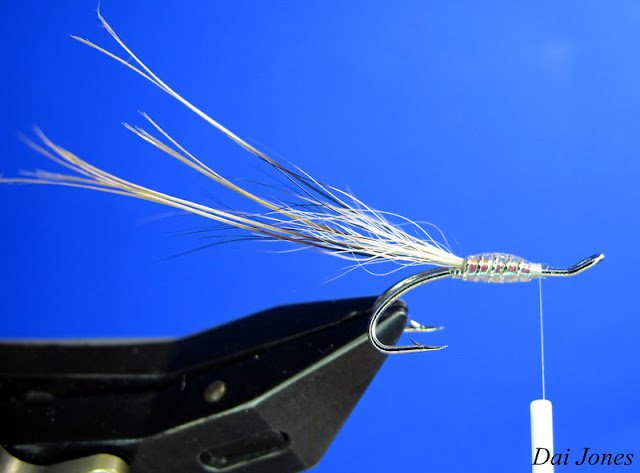 Now above, you can see how good the body looks, after the coat of UV resin, 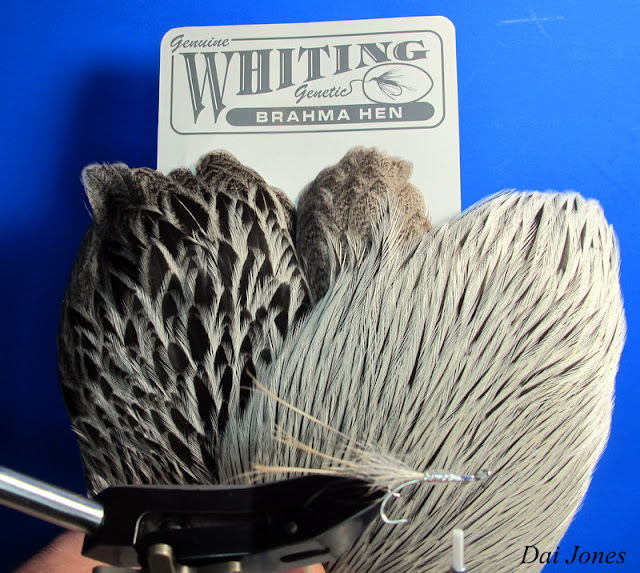 Now it time for the hackle, i always use Whiting products. to me just the best there is, above you can see two capes. the darker one in the rear, is a Brahma hen cream badger cape. the one in front is a silver badger cock cape, i have tied two shrimps using both capes. 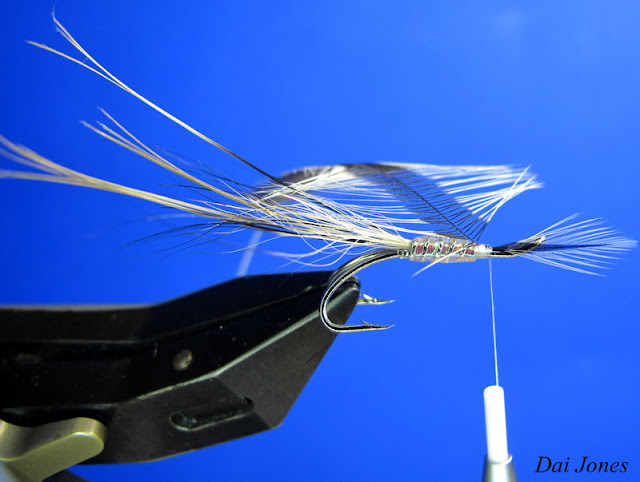 Here i have tied in feather by the tip, 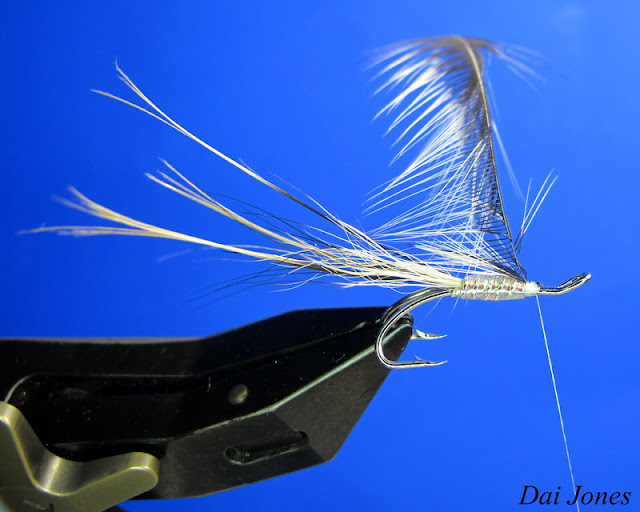 Now i have doubled the hackle, before winding on. 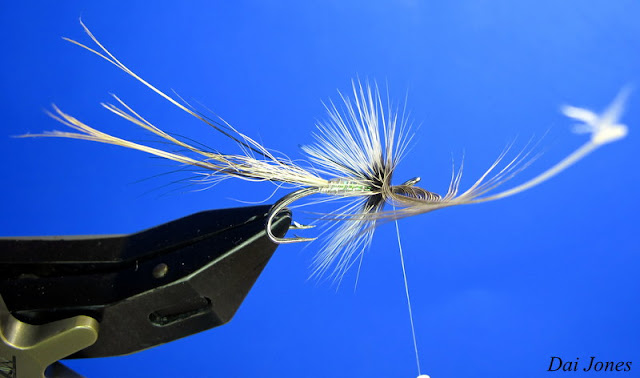 Above i have wound on the hackle, and tied off. 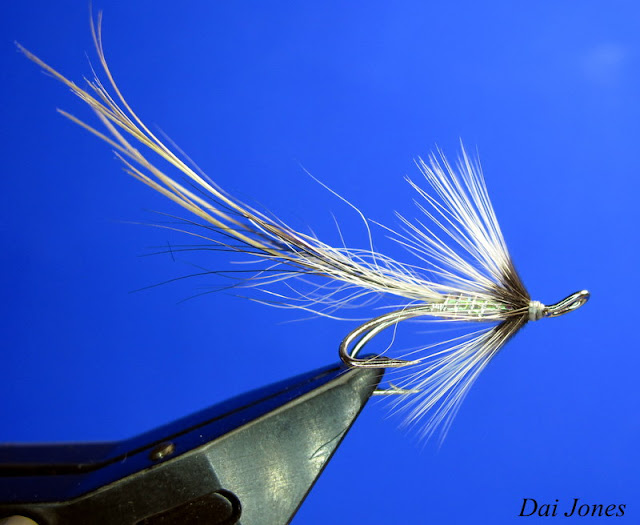 Above, i have trimmed off unwanted feather stem. and thread, 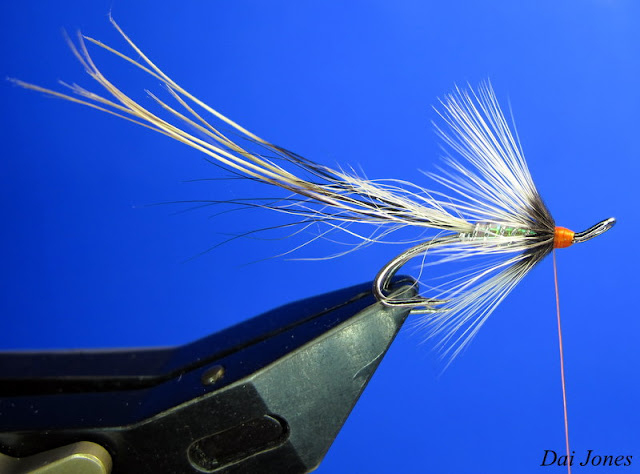 Now i have changed the thread to orange, for the finished head. 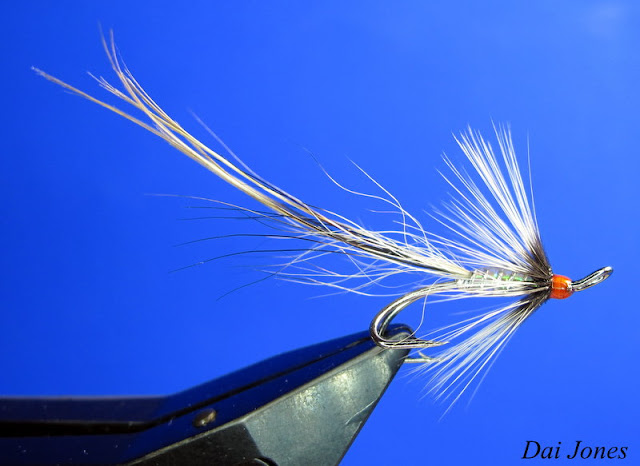 And above,side view of finished fly. 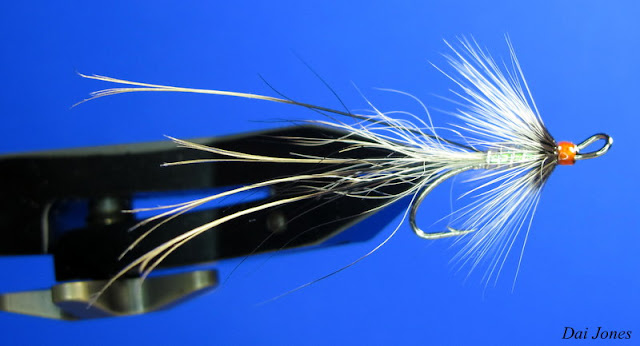 Above, showing top view of shrimp. 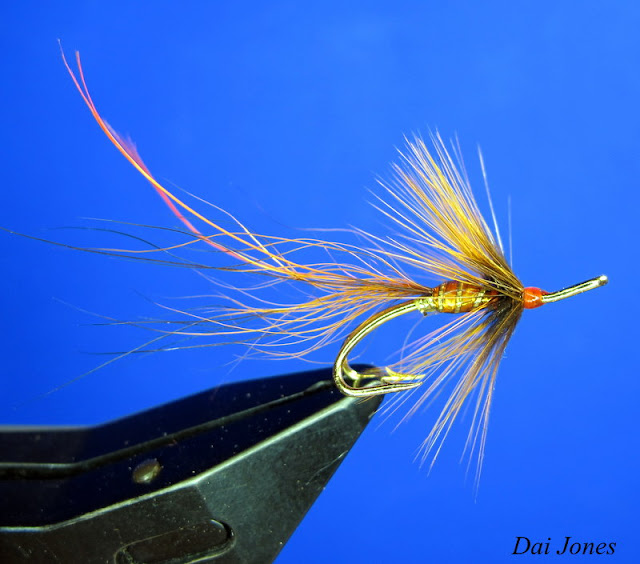 And the same pattern tied in ginger, i have a number of dyed badger capes., in about eight colors i use for the pattern, 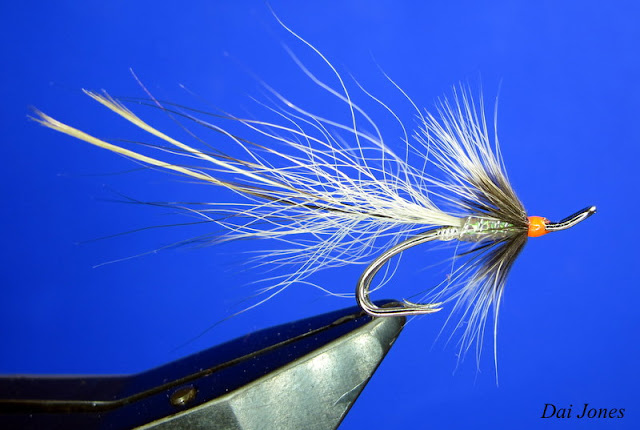 And above, the fly tied using a hen feather, lot softer then the cock. lots more movement, 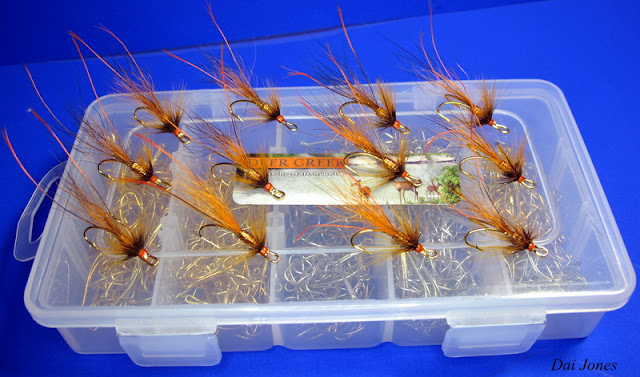 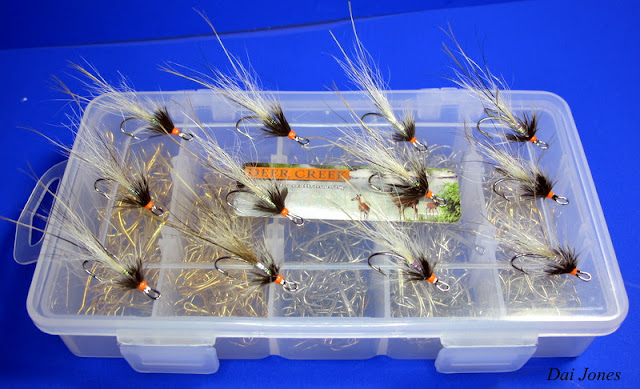 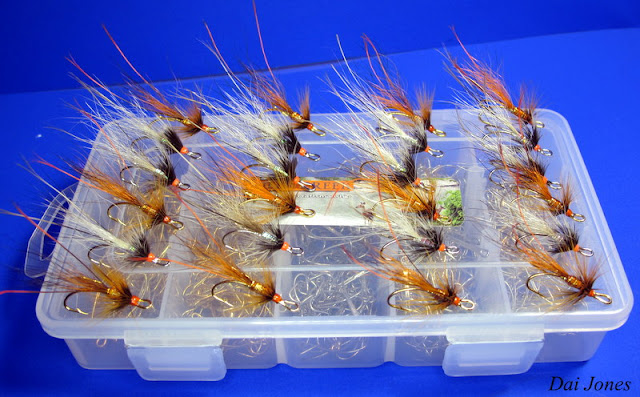 Above showing both colors together,
Posted by daijones at 14:07